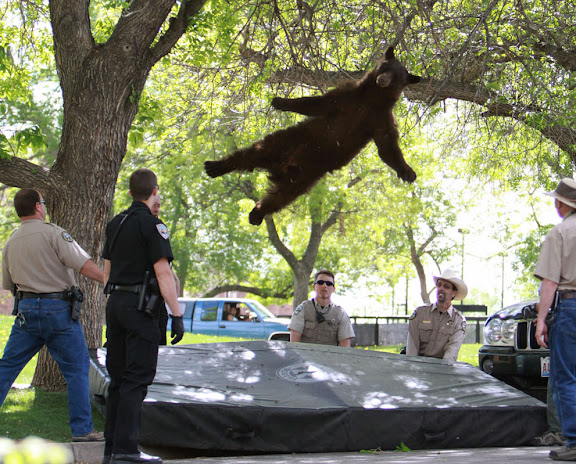 But here are the best things I listened to, read and watched.

Music
For the last number of Christmases my friends have operated a minor little tradition where we each compile an album of the best music we’ve discovered in the previous year and share them around:

As I put my best of album together each year, I listen to the old ones. Each of them is definitively stamped with a certain family resemblance. My albums are never brief – they always push up against the 80th minute. My albums are full of new music, typically single songs representative of highly rated albums with one or two stand out records honoured by a double appearance. They tend to start loud and finish upbeat. They tend to mix genres almost as if I just threw a load of songs into winamp and randomised the order (which is indeed what I typically did).

If you knew me only by my best of you’d start getting worried after hearing the effort I put together at the end of 2012.

The songs come overwhelmingly from four artists – Craig Finn, Mumblin’ Deaf Ro, Rodriguez and Brother Ali. And listening through, the songs are either all unbearably sad or their context is tragic. So there are songs about a father dying of cancer, a man depressed to the verge of suicide by failed relationships and a happy lovesong best known for serving as the backdrop to a sob-inducing film (You and Me from Blue Valentine).

Nobody ever taught me how to grow up and grow old and I have learned little by osmosis. I am years and years into training to be a pastor and still I am astonished by how poorly I know myself, nevermind others. Human beings are complicated. I know this from personal experience.

Listening to the music that has most lingered with me this year, I am tempted to say something has broken inside me. But maybe it is a delusion which has been shattered? Perhaps the real delusion is to think that one’s patterns of consumption add up to anything at all, for in the world we live in, even music is a product marketed at us by minds more canny than ours. But nonetheless, this year where I was 30 and then turned 31 has been a bruiser. And it follows on from a couple of years marked by too many visits to hospitals and graves and dark places of doubt and rootlessness and loneliness.

2012 isn’t a year I’ll remember for amazing journeys to distant shores or pulsating parties that then languidly slide into the next day. It is the year my wife and I made a baby and then it died. It is the year I finished my work and found that not having a job (even when it is replaced by the absurd luxury of being a fulltime student) is immensely hard. It is yet another year littered with the little lonelinesses that come as a result of this strange vocation – to be a church pastor in an age when churches are meant to go quietly into the good night of yesteryear.

And in the fraught tension that has marked too many of my nights this year, the stand out album has undoubtedly been Dictionary Crimes by Mumblin’ Deaf Ro. You probably have never heard of Ronan Hession, who writes songs as Mumblin’ Deaf Ro. But his three albums are treasures that have guided me through the last ten years. His first album was the soundtrack to me finishing my degree in computer science. His second album was in the background as I learned the ropes working in the church. And with Dictionary Crimes there are ten songs that mark the currents of grown up life: mortality and family and disappointment and hope. It is perfect. I heartily recommend it.

Words
It is a basic conviction of mine that life is hard. In the last year, the books I have most enjoyed have spoken of this. Aidan Mathews, the Irish Catholic poet, novelist, playwright and broadcaster I have enjoyed so deeply this year put it well for me when he wrote:

We are ordained by our troubles and our tragedies, not by college diplomas.

Daniel Bell in his breathtaking work “Liberation Theology After The End of History” and William Cavanaugh’s heartbreaking work “Torture and Eucharist” told different sides of a story that I maintain is the story of all reality – life is hard in a large part because our lives are held captive by forces that aren’t human. The only path to liberation is the sacrificial love of God. For Bell, God makes it possible for us to forgive and forgiveness is a currency that renders those forces bankrupt. And for Cavanaugh, Christian worship makes it possible for us to commune with God which is the only way we can have communion with each other.

Whatever else I can say at the end of 2012, the prospect of being able to follow in the paths that men like this have tread before me is one that brings me hope. Whatever else has come my way, the conviction that the unnoticed guerrilla activity of preaching remains among the most important and noble things humans get to do is unchanged. Having absorbed Torture and Eucharist, I want more fiercely than ever for my life to embody the battle between Mammon and the Word.

It has few words, but the blog Everyday I’m Pastoring is a new entry in my “Unmissable” folder in Google Reader, as did DL Mayfield. Wife-unit wrote some fabulous stuff too, and shared tasty food. The random funniness of Julia Segal and the occasional hilarity of the Worst Things For Sale also deserve a mention, as does the consistently touching Slaughterhouse 90210.

Films & TV
My computer is slowly dying. And in one of the crashes I lost my records of all the movies I have seen in the last six years. That is annoying.

So I work purely from memory when I say that the film I most enjoyed was Argo. It was deadly. A great yarn, told well, that reflects out on the world. Even the boring final ten minutes didn’t bruise the delight I felt at the running gag of “Argo fuck yourself!”, a joke crafted by God to be especially hilarious to a Dublin accent.

Wife-unit and I like to watch old movies and one that stuck with me, even through the crashing computer and lost notes is Who’s Afraid Of Viriginia Woolf? That is a gem of a film.

Since we’re fragile types, we haven’t got around to watching The Wire or Breaking Bad yet and we fall asleep every time we watch Downton Abbey so the best telly we watched is the entire 7-Up series, which followed a dozen children from the 1960s through until today. It was bleddin’ wonderful. The quirks and witticisms of the seven year olds back in black and white have become slogans and catchphrases in our own home. Neil Hughes and Tony Walker and the rest of the gang featured over half a century were the absolute highlight of our televisual year.

That and the mad one from Fair City.

Your Correspondent, Waiting for your supportive eye-rolls