Last year I wrote an article for The Other Journal about the ambivalence with which Karl Marx engaged the concept of human rights. I argued in that article that rights-discourse may casually draw on concepts of universality but that the reality is that they are time-bound, culturally-conditioned and loaded with the biases, assumptions and convictions of the people who draw up the laws.

This is not a contentious claim.

I proposed that remembering that rights get “created” in this way helps Christians to engage in conversations about extending rights-talk to things they might be opposed to because it reminds us that the rights that are extended are always a compromise between the contingent factors at play in societies. So for instance, rhetoric of assisted suicide as a human right should be no more distressing than talk of assisted suicide as a medical policy in circumscribed situations. Both are things Christians object to. Both are things that will come to fruition in different states in the coming years. And both can be tolerated while our opposition to them remains (graciously) stubborn.

A friend sent me a book for my birthday that I would never have thought to get for myself and I read it recently. Is That A Fish In Your Ear? is the renowned translator and linguist, David Bellos’, introduction to the complexity and adventure of translation. It is far from a perfect book, being unusually dull-witted when it strays into Biblical interpretation, but it was a very enjoyable riot through some key considerations.

In Chapter 20 he argues that international law is one of the major sites for translation in today’s world and to investigate the difficulties involved he traces the path from the French declaration on the Rights of Man in 1789, through to the UN Declaration and its subsequent elaborations. The critical problem rests on gender language (very relevant to my recent posts). Déclaration des droits de l’homme et du citoyen explicitly states to whom it refers. Male citizens. 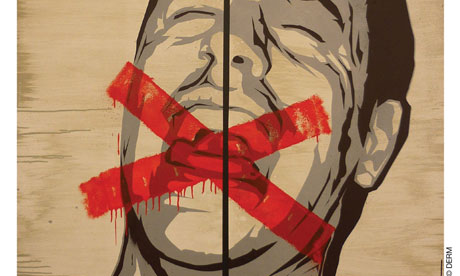 While the UN Declaration on human rights is a direct descendant of the French declaration, you can automatically see the significant change that occurs between droits de l’homme and human rights. But when you translate human rights into other languages, all kind of ambiguities spring up and so the international jurisdiction that relies on the UN Declaration such as the International Covenant on Civil and Political Rights (1966) or the Convention on the Elimination of Discrimination Against Women (1979) don’t even mention the phrase.

It isn’t just that human rights as a concept fails to achieve universality. It fails to achieve consistency even in its own semantic use. How could it be any other way? Human rights is a legal discourse and so it has to take the shape of legal languages in the various nation states where it applies. What law is in Ireland is different from what law is in Scotland. That’s why Ireland isn’t the same country as Scotland. The “universal” human rights that apply in Alba hold in Eireann because the two cultures are so similar, but the ways that they take form have to be different.

This in no way undermines the significant achievement of the UN Declaration. Nor does it neuter the power of human rights language, which for all its failings is at least one way that the majority world can demand equity from those with the money and the power. But it does encourage us to be careful in thinking about how easily we can talk about the universality of these rights.

It reminds us that the philosophical conceit that human rights are inalienable and just need to be recognised by society has reality only as a political lever. In societies where that leverage doesn’t hold, the rights will not be recognised. It does not necessarily follow that those societies and cultures are more primitive.

Further, when we imagine we are selflessly agitating for rights which today appear radical, we may find that future generations see us clearly as people engaged in everyday politics, but found guilty of using a particularly lofty language to achieve our aims. The French Revolution was intended by its leaders to be a liberation of society, but it defined society to exclude the majority of it.

In all likelihood, we’re making equally big mistakes, to which we are blind.

Your Correspondent, Thinking too much gave him wrinkles