Doug Gay is a Scottish theologian who has written a book entitled “Honey From the Lion“. It intends to offer a theological defence of nationalism, with a specific application to Scottish nationalism. It manages to do this without becoming a “God thinks you should vote yes” diatribe, so that is pretty impressive right from the beginning. 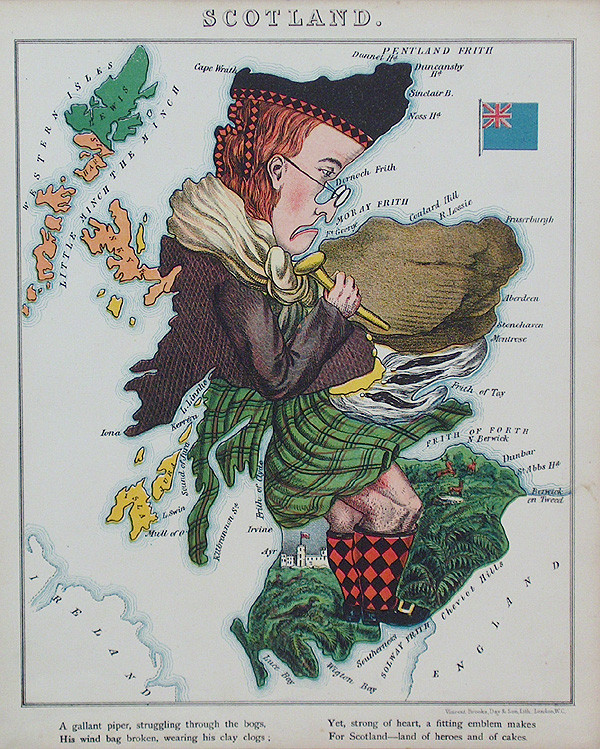 So the argument that Gay makes is firstly, that there is a kind of nationalism that isn’t bad. He goes further than this and thinks that nationalism can take a shape that can be good, even good enough that Christians can embrace it. His unpacking of the ideas that trade around the concept of nationalism in the early chapters is really very good. He points out that in a world of nation states, nationalism is pretty much inevitable. Quoting Jonathan Hearn he suggests: “Liberal democracies do not so much transcend nationalism as domesticate it.”

This is something I have noted since moving to the UK. The ubiquity of the Union flag on packaging, the “Great British” trope present in the titles of products of popular culture, and the always present symbols of military power are notable when you first arrive in Scotland. Is this the liberal nation state domesticating the “lion” of nationalism, extracting honey that is sweet for society? Or is there a connection between the common and aggressive racist and xenophobic graffiti I see on the streets of Aberdeen and the voluminous reminders of Imperial Britain in all aspects of our shared life?

In other words, I am not so sure that nationalism can be domesticated. But Gay makes a really excellent case by marking out the ways in which nationalism is out of bounds theologically. Our nationalism cannot be imperialist or essentialist or absolutist but instead our task would be:

To renounce imperialism is to renounce domination and to practise recognition of the other.

To renounce essentialism is to renounce a biological nationalism based on the ius santuinis or law of the blood in favour of a habitat-based nationalism, based solely on the ius solis, on the law of territory.

To renounce absolutism is, in the language of the Barmen Declaration, to place the state under God, asserting God’s sovereignty over the state and the state’s accountability to God.

Having staked out the argument that nationalism can be a good, Gay moves on to consider the idea of a Christian society. Throughout the book he is in dialogue with some serious theological voices; Milbank, O’Donovan, Hauerwas, Bretherton, and Cavanaugh, amongst others. I presume he hasn’t dealt with my Facebook posts on the topic because he sent the proofs off to the publisher before I came out in favour of the Yes vote and swung the entire referendum. The leading idea that allows us to consider society Christian-ly is Augustine’s concept of society sharing objects of love; “The better the objects of this agreement, the better the people; and the worse the objects, the worse the people.” Christian theological thinking on society demands a rejection of the flat space imagined by militant secularists and instead conceives of society as a complex space where the state and the market and the arts and the religions and all the other human collusions that make up our shared life clash against each other and cling to each other and compromise with each other.

In the book’s second half, Gay gives us a history of the Scottish devolution movement and a really good, practical chapter on the good, the bad and the middling that can be said to have come from the Edinburgh parliament since it was inaugurated in 2000. The book closes by suggesting certain ways in which the independent state of Scotland could go if the vote on September 18th is “Yes”.

Having not been completely convinced that Christians can dabble in nationalism, I am convinced that we cannot simply dismiss it. Gay demonstrates, for example, how Scottish nationalism in the 20th Century has been internationalist in nature. That those two things sit side by side is not inherently contradictory. Similarly, as a Christian socialist, Gay compellingly shows how socialism can accommodate nationalism – think only of how effective nationalism was for colonies in the overthrowing of the British empire.

He does completely convince me, a second time, that I should vote Yes in the referendum. This paragraph, quoting Charles Warren, is especially convincing to me:

Paragraphs like this should be on the tip of every tongue in Scotland. Of course, land reform doesn’t live or die based on the answer to the September 18th vote, but an independent Scotland is in a vastly stronger position to undue centuries of hoarding of the basic asset that a nation has – its space.

In the final chapter Gay turns to the possibility of a Scottish constitution and his discussion of the establishment of the Church of Scotland and the persistence of the Windsor monarchy in an independent Alba are far less convincing than his argument for a Yes vote. The trouble with both is revealed in his anecdote that at the ceremony where Elizabeth Windsor was made Queen of England and Scotland, the Archbishop of Canterbury refused communion to the Moderator of the General Assembly of the Church of Scotland. What kind of Union is this that people want to protect? What kind of Christian nation is the UK? It seems to me that the ambivalence about both establishment and monarchy is a failure to follow through with the style of the earlier chapters. He makes such a good go of launching so complex an argument as a defence of nationalism that his himming-and-hawing here about the peculiarities of the Church of Scotland’s role in Scottish law seems to lack clarity. The hedging on monarchy is even worse.

But I am a staunch Republican, and maybe I am just sore that he didn’t join my team at the end?

There is one more question raised by the end of the book that I need to unfurl on my unfortunate readers. Gay proposes the use of common good” as the rubric under which Scotland ought to shape its new independence. But the failing here is the poverty that I always encounter with this language. What is the common good that holds Scotland together? There is no such thing. The conceptual deployment of Augustine’s common objects of love is one thing. The practical application of Catholic Social Teaching’s common good is another. What’s the common good in intractable conflicts – for example between profitability and sustainability? The common good is obviously sustainability, but the common choice will be for profitability. Or what’s the common good is in incommensurable moral conflicts – for example on the question of legalised abortion? Competing goods do not necessarily overlap. How does common good help as a political idea if it doesn’t lead to meaningful compromise?

The best reason for voting no is that you will really miss Liz Windsor’s face on some of the money used in Scotland or because an actress from Game of Thrones recommended it on Twitter. Small nation states are well placed to thrive in the years ahead and Scotland is a distinctive culture with its own language and history. It is more open and more socialist than the UK. It has arguably the most impressive educational traditions in the world. Its citizenry will be better off (not necessarily richer, as Gay points out with wonderful Christian clarity) making decisions about what happens in their territory without the opinions of people from Swansea, Sion Mills or Stockport weighing just as heavily as the folk who live in Stirling.

We can advocate this position and still be skeptical of nationalism. After all, Samson, who took the honey from the lion, ended his life in an act of suicide terrorism that killed thousands of people. He killed them because they were the enemies of his people, even though in so doing he directly repudiated the Torah that constituted his people. Nationalism can be rejected, while the nation state of Scotland can be welcomed.

Practical theology like the kind found in this book should be welcomed too.

Your Correspondent, A little boy told him “The English are best at everything”