One of the Sunday tabloids here in Scotland this weekend had a histrionic headline about the risk of an ebola outbreak flowing from the return of British citizens who contracted the disease while on medical mission to their homeland for treatment.

In America you find public voices that somehow have an audience say things like this:

Ebola patient will be brought to the U.S. in a few days – now I know for sure that our leaders are incompetent. KEEP THEM OUT OF HERE!

If Dr. Brantly had practiced at Cedars-Sinai hospital in Los Angeles and turned one single Hollywood power-broker to Christ, he would have done more good for the entire world than anything he could accomplish in a century spent in Liberia.

These people may be wacko, but they have much more of a platform than my barber, who has some zany ideas but tends to keep them to himself and his amused customers.

It occurs to me, when I see this kind of heartless stupidity, that we are the same people who heaped up death upon death in their panicked response to the Plague. Wifi, refrigeration or even automatic soap dispensers don’t make us any safer from ourselves. When crisis comes, our paganism is laid bare. It strikes me that even when not attending the mosque on Friday, the synagogue on Saturday or the church on Sunday, we remain a culture obsessed with drawing lines between the clean and the unclean.

Being very crude: We’ve left our faith behind, but the religion still persists.

In or around 366AD, Gregory of Naziansus preached what has come to be known as his Oration 14, “On the Love of the Poor”. In a city full of lepers, he preached that his congregation must be present to those amongst them with that affliction:

You will not demean yourself in the process; you will not catch their malady even if the squeamish deceive themselves into believing such nonsense; or rather, this is how they justify their, call it over-cautious or sacrilegious, behavior; in point of fact, they are taking refuge in cowardice as though it were a truly worthwhile and wise course of action. On this score accept the evidence of science as well as of the doctors and nurses who look after these people. Not one of them has ever yet endangered his health through contact with these patients. You, then, servant of Christ, who are devoted to God and your fellow man, let compassion overcome your misgivings, the fear of God your fastidiousness. 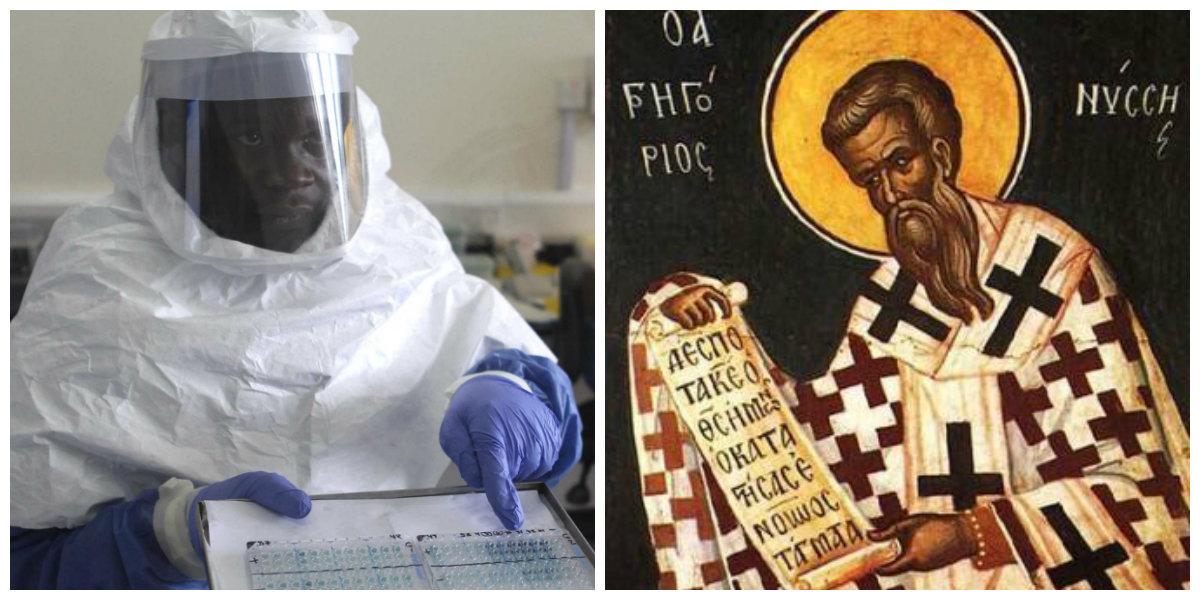 This is an interesting argument, if only because of how he appeals to “science” and the counsel of experts. But resting behind this argument is the strong Christian claim that since prosperity gets washed away like sandcastles and poverty alleviated by a single stroke of good fortune, since health gets wiped away by a single bacterium and illness flees in the face of a single vial of medicine, any wise counsel that separates us from our brothers and sisters is folly. We live and we die according to the good plan of our good God. “No guilt in life, no fear in death,” as that great modern Irish hymn puts it. On that basis, in the midst of plague, we continue to do what we are always meant to be doing – the caring of others as if they were our very selves, the singleminded determination to ignore the invisible lines that society insists on drawing, and the worship of the peculiar God who died to kill death.

Your Correspondent, Preaching to himself