The marks of human unrighteousness and ungodliness are crossed by the deeper marks of the divine forgiveness.

Karl Barth was born on this day in 1886. If you are one of the few readers of this blog who aren’t theologically inclined, Barth may be a strange name to you. It is a funny thing, that the most influential theologian since the Reformation is still largely unknown, even within the church.

The story of Barth’s conversion to Christianity, if I can be so unapologetically and atrociously evangelical about it, has been told in many places, far better than I could. Broadly speaking, he was schooled in the finest theology of his day, which was German liberalism. He sat at the feet of scholars like Van Harnack, who had a cultural and political influence that it is hard to imagine any theologian possessing. The generation before him had, it was thought, successfully integrated the Enlightenment with German Protestantism and thus adapted Christianity to the realities of the world. Speaking with a tabloid anachronism that obscures more than it reveals, these boyos had out-flanked any potential new-atheist style attack on Christianity.

How they managed this is interesting, not just as a piece of intellectual history but because the lingering effect of such approaches can be found in all corners of Protestant Christianity, the liberal and conservative sides. In short, they build on the foundations of Schleiermacher who argued that religious experience was a domain beyond the objectively knowable on one hand and the mysterious unknowable on the other.

Barth drank deeply from this well. He was a brilliant scholar but he was gripped by the ability of the Gospel to bring about social change and so he took up parish ministry in the little Swiss town of Safenwil. Then in the summer of 1914 he opened up his newspaper to find that over 90 leading German intellectuals, including all his theological teachers, had signed a public declaration in support of Kaiser Wilheim II’s war policy.

That morning, Barth realised he did not know what he thought he knew. It seems it wasn’t until the summer of 1916 that he came to know what he needed to know. What happened in the interim was that, plunged beyond doubt, into a territory of chaotic uncertainty, he searched for some semblance of meaning in the ruins of the rational palace of the intellect he had inhabited. He found resolution in the most surprising of places: the Bible. It was a “strange new world to him.” Preparing for a sermon series he was due to deliver on Paul’s letter to the Roman Christians, Barth had a series of epiphanies that in effect, constituted him as a new man. Since the World War had been declared, he was no longer confident of human reason. Now he was no longer lost in self-referential circles. What he discovered reading and re-reading Romans was that God was God.

This sounds like a tautology. It is actually a revolutionary proposition. It was revolutionary in 1916 and it is revolutionary today. God is God. There is an infinite qualitative difference between God and man. Human reason cannot work its way up a ladder to find God. As Barth’s later student, Dietrich Bonhoeffer put it, a God we can prove is an idol.

In 1918 his commentary on Romans was published. It dropped like a bomb on European theology. I was not brave enough to widely cite it when I sat in seminary classes on Paul’s writing. After all, the study of Paul has moved on magnificently since then. But when I preach on Romans it is my first book, well thumbed and heavily marked. It is dense and cyclical and startling.

After the Romans commentary, Barth was called into the university. He worked in Bonn and Gottingen and then back in his hometown of Basel. His major work is the Dogmatics. There is no way to over-state the importance of this work. Barth’s refusal to separate doctrine from ethics has simply redefined what theology is. His insistence that the revelation of God in Jesus through the Spirit is the subject matter of Christianity rebooted us out of the dead-end we had worked ourselves into. Barth leaves us with very little to say that is simple. But we had made a dreadful mistake when we imagined that Christianity was just the logical conclusion that a good man, well informed would arrive at.

Barth was one of the first to identify the demonic nature of the NAZI movement. He pretty much single-handedly wrote the Barmen Declaration, which continues to be of importance as Christians try to figure out how to relate to power. He was an invited guest at the Second Vatican Council and an influence on many of the key theologians who helped draft those documents. In the post war world he was a constant critic of nuclear armament, of Cold War disputes and a regular visitor to the local prison where he would preach on Sunday mornings and then hang out with the prisoners smoking cigars he brought with him. As the years go by, it is this angle of Barth that I appreciate the most – his theology is joyous and expansive and inclusive – and he said that this was because his theology was a theology of prayer.

So on Barth’s birthday, I urge you to track down Evangelical Theology or Dogmatics in Outline and taste a bit of this fine Swiss goodness.

So on Barth’s birthday, let us end with a prayer from Barth:

Let dawn continue to break a little in our hearts, in this institution, at home with those who are dear to us, in this city, in our nation, and throughout the whole earth.

And have mercy on all of those who are sick in body and in spirit, the many for whom life is suffering, those who are lost and confused through their own or other’s fault, those who have no human friends or helpers. Show our youth also what true freedom and genuine joy are, and do not leave the old and the dying without the hope of the resurrection and eternal life.

But you are the first, who are concerned about our sorrows, and you are the only one who can turn them to good. We thus can and want only to lift our eyes up toward you. Our help comes from you, who made heaven and earth.

I realise I am behind the curve that would have made this relevant but a few weeks ago I stumbled across the sermon that Karl Barth preached the Sunday after the Titanic sunk. This was 1912, almost a decade before the 2nd edition of Barth’s Commentary on Romans dropped a bomb on theology. This was the 26 year old Barth preaching to the congregation who was just getting to know him. This is the liberal Barth, before he discovered the strange new world inside the Bible. He later called it a “monstrous sermon” and he probably wasn’t exaggerating. And yet I don’t think I am imagining it when I find fascinating pointers to what he would later discover already in this text. There is one strand that I think is very interesting, where he writes about the economic motivation that led to the tragedy. He writes:

It is entirely God’s will that the world’s technology and machinery attain to higher degrees of perfection. For technology is nothing other than mastery over nature, it is labour, and the divine spirit in humanity ought to expand in his labour and prosper. If people do not invent things, or if they did not wish to make proper use of thing that have been invented, that would be the work of the devil.

So there is no space for Ludditism. But there is another hand (dialectic is obviously his method here):

There is a way of using technology that cannot be called labour any more, but playful arrogance.

This, in the mind of young Barth, is what happened with the Titanic.

It is true that God set the iceberg on its course, but no one was compelled to get in its way.

All the “intellectual brilliance” and “diligent hard work” that went into building the ship was undone by the pride and money-lust of the ship line owners who sought to break records to generate publicity. There was “one faulty link” which was that:

the captain did not just have the safety of his passengers to think about, but also, principally, the commission he had been given by the shareholders who were employing him, to break the speed record.

Of the president of the company who “made this a fragile chain” out of their desire for praise and profit, Barth goes out of his way to be blunt. He who “was also travelling on the Titanic and is among those who have been rescued – unfortunately, we are almost tempted to say”!

Fundamentally, Barth is able to declare that the loss of these many lives is “a crime of capitalism.”

But ultimately not even this shipping company bears all the guilt for this disaster, but first and foremost he system of acquisition by which thousands of companies like this one are getting rich today, not only through shipping but across the whole spectrum of human labour.

Do you know any preacher that brave today? Or congregations so foolish they’ll listen to sermons that make no pretence of discussing the actual passage (which was Psalm 103)?

Your Correspondent, Starting to see why Barth was nicknamed “The Red Pastor” 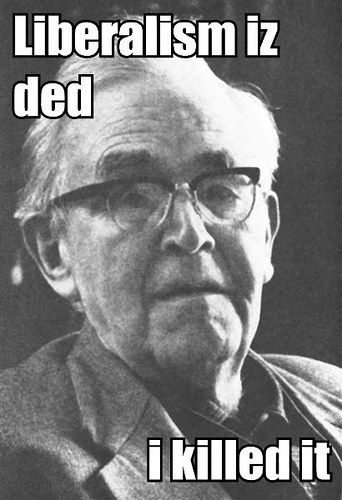 Much that passes for religious experience is like “a grey mist of puffed up mediocrity, of pathetic tedium and of important unimportance.” We go to church on Sunday mornings like good little boys and girls “cheerfully to don the vestment and mount the pulpit, zealously to make Christian gestures and movements, soberly to produce theology, and in this way, consciously participating in the confession of Jesus Christ radically to ensure that His prophetic work is halted, that it can do no more injury to itself, let alone to the world.”

Against this vision of a church pompously protecting itself from having to take Jesus seriously and therefore risk being seen as utterly preposterous by those in power who will be undone if people take Christ at his word, Barth says we must fight!

We must engage our faith actually trusting in it and inevitably the communities that we create, the churches we make, will no longer be safe places at most useful for teaching children moral stories. The authentic Christian will actually be “a most disturbing fellow-human” inevitably appearing to give “the impression of unfitting and culpable intolerance.”

Intolerant of shite spoken in sancifying piety, intolerant of lies told to protect comfortable truths, intolerant of life-improvement-techniques passed off as divine revelation and resolutely unfitting with any conception of God that has Him on our side and not yours.

Your Correspondent, Is sorry he ruined your life and put cookie dough in the VCR