This is a movie about a guy who truly becomes a hero to his ragtag bunch of (massively wealthy) misfit friends after a bout of blind-rage induced violence and yet somehow it managed to leave me cold?

This is a deeply affecting film that shows off the acting chops of Woody Harrelson to great effect. He doesn’t seem at all out of place alongside the female Daniel Day Lewis (meaning best film actor in the world), Samantha Morton.

It strikes me that the three finest films I have seen about the War That They Say Is Against Terror focus on the toil of being a solider: Stop-Loss, The Hurt Locker and this. This might lead us to consider many things. Firstly the attempt to render soldiers admirable can no longer take the form of untrammelled glorification like in the old days. But then shit like Act of Valor still exists so we have to qualify that claim. Secondly, there is a natural desire to make sense of the waste that the wars have been by empathising with the warriors. These movies that focus on the tragedy of the combatants (on our side) might be a form of penance for sending them out there in the first place.

But mostly I am struck by how the enemy is pretty much nowhere to be found. Because we don’t know our enemy.

I don’t mean that in a “They’re hiding in the shadows” sort of way. I mean it in the sense that these wars are perhaps most wrong for the way we have fought them, remotely and at a distance. We claim to build nations, but we just destroy targets. We can’t make a film about the people we kill because we can’t even find out where they might have been killed since battles are no longer matters of public concern, hidden by official secrets acts and obfuscated behind national security concerns.

I’m out on a limb here so let me retract this in the future. But as fine as they are, these films might well condemn us doubly for their narcissism.

Your Correspondent, Remembers that war doesn’t determine who is right, only who is left.

Man this is a hard movie.

If it was made by a confessing Roman Catholic, would it have been received so well?

I only ask because in its unrelenting depiction of how warped sexuality begins in the appetite and expresses itself as violence, it is so explicit (morally as well as visually) it wouldn’t need to be altered for it to become a companion piece to a contemporary Catholic pastoral letter about the pornofication of society.

This is not enjoyable. This is not amusing. But this remains a very good movie.

Your Correspondent, Feels like watching The Station Agent after this

This could have been a great hour long drama but it dragged for centuries and if it wasn’t for the considerable beauty of the lead actress and the even more beautiful architecture of the sets, I would have probably wandered off to think about how a Jack Russell is different from a terrier.

Your Correspondent, Thinks can’t stay poignant when their plotless

Although it would be unlikely to win my funding, this film, which could be pitched as “From the team that brought you Kickass!, a movie that examines how the revenge-instinct prompted by the Shoah must be tempered by the desire to move beyond, into justice” and yet it still somehow doesn’t manage to raise itself onto the level of fascinating.

I’ve often considered reading the best-selling Millennium trilogy of novels simply for the fine reason of being able to have informed conversations about it. In lieu of having time to read Scandinavian detective novels tainted by rape-revenge-fantasies, I watched the Swedish-produced movie adaptation equivalent and then its David Fincher directed equivalent.

I am a big fan of David Fincher. I even love Panic Room.

But it was interesting to watch these two movies back to back.

Both are quite tabloid thrillers. The original 2009 Swedish movie features the better Lisbeth actress in the unstoppable Noomi Rapace. The highly stylized Rooney Mara of the Hollywood adaptation can’t hold a candle to her.

Remember that these stories have been voraciously read by tens of millions of people. The broad thrust is well known and the original content, while intricate, is fairly straightforward. But in every detail imaginable, from actors’ performance, to narrative elaboration, to major plot developments, the US movie always assumes we’re dumber.

“The man who is now known as Sweden’s Charles Ponzi…” is a line that could only seem sensible to the kind of American who thinks Aaron Sorkin is a great writer. Ponzi is not a character in the European imagination. But this stray line at the end of the film seems to capture the stupidity of the US version.

The final scene between Lisbeth and her State guardian in the US movie is an even better example. It simply couldn’t happen in the Scandinavian movie. One is inspired to make Zizek-esque broad conclusions about the neurotic individualism of American society.

Or we could talk about the twist at the end where Lisbeth reveals her resilience in a new way. It is alluded to fairly broadly, one would think, in the initial movie. In the second version, it is drawn out in stupid detail, lest we don’t follow what is happening. 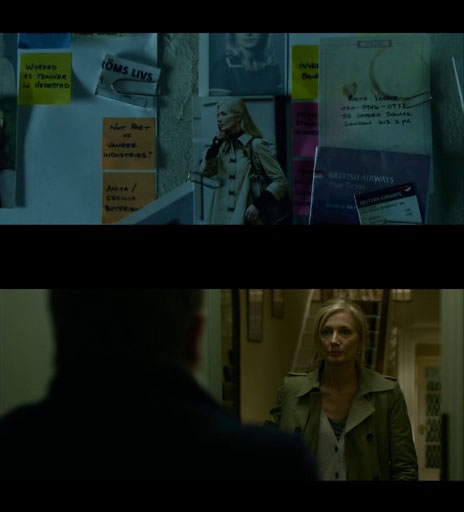 In every way, Fincher goes out of his way, to make his version of this story glossier, slicker, smoother and simpler. When you have a violent female vigilante as your protagonist, this tactic quickly enters into swampish moral territory. Aesthetic choices are always moral, never more so than when you have to deal with sexual violence.

I don’t regret watching either movie, but even the crass product placement of Purell and Apple in the US version grates. Neither film grabbed me. But the original is best, in practically every single way.

Your Correspondent, All he ever wanted was his rug back

Your Correspondent, It may well feature the best scene about self-loathing ever made

At times it is genuinely surprising just how bad a movie this expensive and loaded with talent can actually end up being.

Your Correspondent, Holds this position even after getting the meta-joke

Before The Master arrives, I watched this other movie about cults where we see in Elizabeth Olsen the best debut since Jennifer Lawrence in Winter’s Bone and it surprised me how effective a horror film it is.

Your Correspondent, Marvels that a film about losing our sense of self can have such a firm sense of its own identity

The narrative careers along with infectious wit and style and verve but because its focused on the insouciant Dude it feels like its taking its time.

Your Correspondent, Had a rough night and hates The Eagles